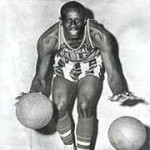 In high school, he played baseball, football, and basketball. He played Negro league baseball from 1937 to 1949 and was a co-owner of the Detroit Clowns baseball team in the late 1950s.

Tatum played basketball for the Harlem Globetrotters in 1941 and 1942 before being drafted into the United States Army Air Corps during World War II. After the war, he returned to play with the Globetrotters until 1954. During that time, Tatum is credited with inventing many basketball moves, including the hook shot.

After leaving the Globetrotters, he created his own touring basketball teams. Tatum was posthumously inducted into the Naismith Memorial Basketball Hall of Fame in 2011.