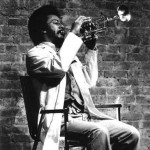 Bowie was born October 11, 1941 in Frederick, Maryland but raised in St. Louis, Missouri. At the age of five, he began studying the trumpet with his father who was a professional musician. In 1966, he moved to Chicago, Illinois where he worked as a studio musician before forming the Art Ensemble of Chicago in 1968.