By Chimsima Zuhri on January 19, 2014 in African American History, January 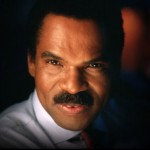 Lewis was born December 7, 1942 in Baltimore, Maryland. He earned his Bachelor of Arts degree from Virginia State University in 1965 and his Bachelor of Law degree from Harvard Law School in 1968. Over the next 15 years, Lewis helped a large number of Minority Enterprise Small Business Investment Corporations (MESBICs) acquire funding.

It is estimated that Lewis negotiated more than $100 million in transactions for MESBICs between 1973 and 1984. In 1983, he formed the TLC Group and in 1984 purchased the McCall Pattern Company for $1 million. In 1987, he sold McCall for $95 million and purchased Beatrice International for $650 million, net of operations that he sold. In 1992, Forbes Magazine estimated Lewis’ net worth at $400 million.