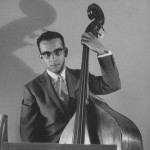 Lewis began playing the piano at the age of five and later learned to play the clarinet and several string instruments. At the age of 16, he joined the Los Angeles Philharmonic, becoming the first black instrumentalist in a major orchestra.

From 1955 to 1957, Lewis served in the armed forces, playing with and conducting the Seventh Army Symphony. Lewis gained national recognition in 1961 when he was appointed assistant conductor of the Los Angeles Philharmonic, a position he held until 1965. In 1968, he became conductor and music director of the New Jersey Symphony, a small ensemble that he transformed into a nationally recognized orchestra.

After retiring from the New Jersey Symphony in 1976, Lewis continued to tour as a guest conductor until his death on January 26, 1996.