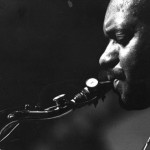 Harris was born October 20, 1934 in Chicago, Illinois. He studied music at DuSable High School and Roosevelt University before he was drafted into the army where he played in the 7th Army Band. His first album, “Exodus to Jazz” (1961), included his jazz arrangement of the theme from the movie “Exodus” which became the first jazz record ever to be certified gold.

In 1967, his album “The Electrifying Eddie Harris” reached number 2 on the R&B charts and in 1969 he performed with Les McCann’s group on the recording “Swiss Movement” which became one of the best selling jazz albums ever.

Harris was responsible for most of the music for “The Bill Cosby Show” television series.