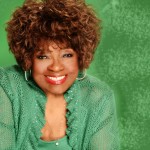 Walker was born August 29, 1929 in Chicago, Illinois. She started singing in church choirs at an early age and by the time she was a teenager, she was touring with Mahalia Jackson. In 1951, Walker formed The Caravans and soon after she earned the title “Queen of Gospel.”

Walker was inducted into the Gospel Music Hall of Fame in 2001 and in 2005 the Grammys honored her for her contributions to the gospel music industry.