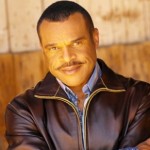 Hawkins was born May 18, 1949 in Oakland, California. He began his career as a member of his brother’s chorale, The Edwin Hawkins Singers. They produced “Oh Happy Day” (1967) which was one of the first gospel songs to cross over and become a mainstream hit. Hawkins left The Edwin Hawkins Singers in the early 1970s and founded the Love Center Choir. They produced the “Love Alive” series of recordings which sold well over a million copies from the 1970s through the 1990s.

“Love Alive IV” (1990) was number one on the Billboard Gospel Album charts for 33 weeks. Hawkins produced and/or collaborated on 116 songs which were listed on the Billboard Gospel Music charts. He was nominated for nine Grammy awards and won the 1981 Grammy Award for Best Gospel Performance, Contemporary or Inspirational for “The Lord’s Prayer.”