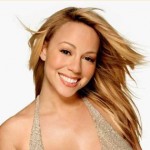 Carey began singing at the age of three and by high school was working as a demo singer for local recording studios. Carey co-wrote the tracks on her 1990 debut album, “Mariah Carey,” which resulted in her winning Grammy Awards for Best New Artist and Best Female Pop Vocal Performance for the single “Vision of Love.” Also Carey was the first recording artist to have her first five singles top the Billboard chart.

Subsequent albums by Carey include “Music Box” (1993), “Butterfly” (1997), “The Emancipation of Mimi” (2005), and “E=MC2” (2008). Carey has sold more than 200 million albums, singles and videos worldwide and earned five Grammy Awards. In 2000, Carey received Billboard’s Artist of the Decade Award and the World Music Award for Best Selling Female Artist of the Millennium. Carey made her movie acting debut in “The Bachelor” (1999).

Her first starring role was in the much maligned “Glitter” (2001), however she returned in “Precious” (2009) and won the Breakthrough Actress Performance Award at the International Film Festival. Carey is a philanthropist who has donated time and money to many youth oriented organizations, including Camp Mariah which enables youth to embrace the arts and introduces them to career opportunities.