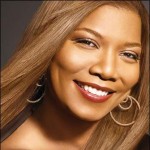 In 1999, Latifah published her autobiography, “Ladies First: Revelations of a Strong Woman.” In 2002, Latifah was nominated for an Academy Award for Best Supporting Actress for her performance in the musical “Chicago.” In 2007, she appeared in the television film “Life Support,” which garnered her a Golden Globe Award, Screen Actors Guild Award, and an Emmy Award nomination.

Latifah represents her own line of cosmetics for women of color, the CoverGirl Queen Collection, and she is co-chairperson of the Owens Scholarship Foundation which provides assistance to academically gifted but financially underprivileged students.