By Chimsima Zuhri on September 11, 2010 in African American History, September 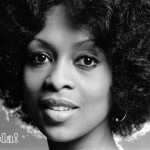 Falana was dancing by the age of 3, singing in the church choir at 5, and dancing in nightclubs while she was still in junior high school. She made her Broadway debut in the 1964 musical “Golden Boy” and recorded her first single, “My Baby”, in 1965. In 1966, Falana made her film debut in “A Man Called Adam”.

Other films that she appeared in include “The Liberation of L. B. Jones” (1970), for which she was nominated for the Golden Globe New Star of the Year – Actress Award, “The Klansman” (1974), and “Lady Cocoa” (1975). In 1975, Falana returned to Broadway in “Doctor Jazz”, a performance that won her a Tony Award nomination.

By the late 1970s, Falana was performing in Las Vegas and was considered “the Queen of Las Vegas”. At that time she was earning $100,000 a week to perform, making her the highest paid female performer in Las Vegas. Falana is no longer performing due to a stroke suffered in 1987. She now tours the country with a message of hope and spirituality. She founded The Lambs of God Ministry which is focused on helping children who have been orphaned in Sub-Saharan Africa.