By Chimsima Zuhri on February 6, 2011 in African American History, February 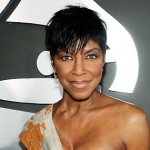 Cole has also started a career in acting, appearing in several television dramas, the film “De-Lovely” (2004), and starring as herself in “Livin’ for Love: the Natalie Cole Story” (2001).