By Chimsima Zuhri on October 10, 2010 in African American History, October 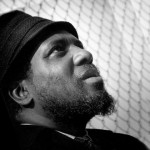 Monk started playing the piano at age six and although he had some formal training, he was essentially self-taught. In the early to mid-1940s, Monk served as the house pianist at Minton’s Playhouse which featured most of the leading jazz soloists of the day.

Monk made his first studio recording in 1944 and his first recording as leader of a group in 1947. Although Monk was highly regarded by his peers and jazz critics, his records did not sell well because his music was considered too difficult for the mass market. His first commercially successful album was the 1956 “Brilliant Corners” and his most commercially successful album was the 1963 “Monk’s Dream.”

On February 28, 1964, Monk became one of only five jazz musicians to appear on the cover of Time Magazine. Monk died on February 17, 1982. In 1988, Clint Eastwood produced a documentary “Thelonious Monk: Straight No Chaser.”

In 1993, Monk was posthumously awarded a Grammy Lifetime Achievement Award and in 2006 he was awarded a Pulitzer Prize Special Citation “for a body of distinguished and innovative musical composition that has had a significant and enduring impact on the evolution of jazz.” The album “Thelonious Monk with John Coltrane” (1961) was inducted into the Grammy Hall of Fame in 2007.