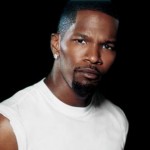 In 2004, Foxx appeared in “Collateral,” for which he was nominated for the Academy Award for Best Supporting Actor, and “Ray,” for which he won the Academy Award for Best Actor. He is only the second male in history to receive two acting Oscar nominations in the same year for two different movies. Foxx began his music career in 1994 and was featured on several other artists’ songs before the 2005 release of “Unpredictable” which was certified double platinum.

His album “Intuition” (2008) contained the single “Blame It” which won the 2010 Grammy Award for Best R&B Performance by a Duo or Group. Foxx released his fourth album, “Best Night of My Life,” in 2010.