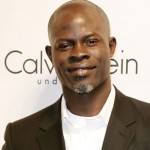 Hounsou made his film debut in the 1990 film “Without You I’m Nothing” but his breakthrough came with his portrayal of Cinque in the 1997 film “Amistad.” For that role he received wide critical acclaim and a Golden Globe Award nomination.

In 2004, he was nominated for the Academy Award for Best Supporting Actor for his role in “In America,” becoming the first African to be nominated for an Oscar. In 2006, he was again nominated for an Academy Award and he won the National Board of Review Award for Best Supporting Actor for his performance in “Blood Diamond.” Other films in which he has appeared include “Stargate” (1994), “Gladiator” (2000), “Beauty Shop” (2005), and “The Tempest” (2010).