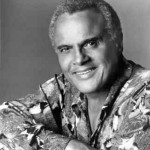 Belafonte served in the United States Navy during World War II and after his discharge began his music career singing in clubs to pay for acting classes.

He recorded his first single, “Matilda,” in 1953 but his breakthrough recording was the album “Calypso” (1956) which was number 1 on Billboard’s Top 100 Albums for 31 weeks and on the charts for 99 weeks. One of the songs on that album is his famous “Banana Boat Song.”

Belafonte has received Grammy Awards for “Swing Dat Hammer” (1960) and “An Evening with Belafonte/Makeba” (1965), which was a collaboration with Mariam Makeba that dealt with the political plight of black South Africans under apartheid. Belafonte has starred in several films, including “Carmen Jones” (1954), “Island in the Sun” (1957), “Uptown Saturday Night” (1974), “White Man’s Burden” (1995), and “Kansas City” (1996), for which he won the New York Film Critics Circle Award for Best Supporting Actor.

Belafonte won a Tony Award for his role in the 1953 Broadway revue “John Murray Anderson’s Almanac” and he was the first black man to win an Emmy Award for his 1959 TV special “Tonight with Belafonte.” Belafonte was an early supporter of the Civil Rights Movement, financially supporting Martin Luther King, Jr.’s family and raising thousands of dollars to bail out imprisoned protesters.

During Freedom Summer in 1964, he bankrolled the Student Non-Violent Coordinating Committee and he was one of the organizers of “We Are the World” to raise funds for Africa. Belafonte received the Kennedy Center Honors in 1989, the National Medal of Arts in 1994, a Grammy Lifetime Achievement Award in 2000, and the Bishop John T. Walker Distinguished Humanitarian Service Award from Africare in 2002. “Belafonte: An Unauthorized Biography” was published in 1960.