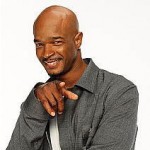 Wayans began doing stand-up comedy in 1982 and made his first film appearance in “Beverly Hills Cop” in 1984. During the 1980s, he briefly appeared as a featured performer on the television series “Saturday Night Live” and “Solid Gold.”