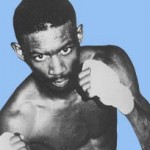 Chandler began his professional boxing career in 1976 after only two amateur fights. He won the WBA Bantamweight championship in 1980, becoming the first American to hold that title in over 30 years.

Chandler successfully defended the title nine times before losing it in 1984. He was forced to retire after that fight due to an injury to his eyes. He retired with a record of 33 wins, 2 losses, and 2 draws. Chandler was inducted into the International Boxing Hall of Fame in 2000.