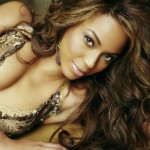 At the age of eight, Knowles, along with LaTavia Robinson and Kelly Rowland, began performing with the group Girl’s Tyme. In 1993, the group changed its name to Destiny’s Child and in 1998 they released their self-titled debut album. The group went on to become the best selling female group of all-time, selling more than 50 million records worldwide.

In 2006, Knowles starred in the lead role in the film “Dreamgirls” and in 2008 she appeared in “Cadillac Records.” She also serves as a celebrity endorser for many products and has established her own fashion line. In 2010, Forbes Magazine listed her second on its list of the 100 Most Powerful and Influential Celebrities in the world.