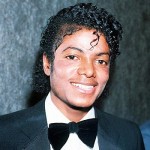 His 1982 album “Thriller” is the best selling album of all-time with “Off The Wall” (1979), “Bad” (1987), and “Dangerous” (1991) among the best selling of all-time. Over his career, Jackson won 19 Grammy Awards, including a record eight in 1984. Jackson is recognized as the most successful entertainer of all time by Guinness World Records. He transformed the art of the music video and influenced scores of other artists, including Mariah Carey, Usher, and Justin Timberlake.

Jackson received numerous awards, including the World Music Award’s “Best Selling Pop Male Artist of the Millennium” and the American Music Award’s “Artist of the Century Award.” He was a double inductee to the Rock and Roll Hall of Fame, once as a member of the Jackson 5 in 1997 and as a solo artist in 2001. Jackson died June 25, 2009 and was posthumously given the Grammy Lifetime Achievement Award in 2010.

Several biographies have been written about Jackson, including “Michael Jackson: The Man Behind the Mask” (2005).