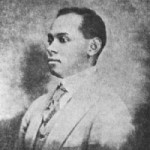 Briggs was born May 28, 1888 in Nevis, West Indies. He moved to New York City in 1905 and got his first writing job at the Amsterdam News in 1912. In 1917, Briggs founded the African Blood Brotherhood to stop lynchings in the South and racial discrimination in the North.

In 1918, the ABB started publication of a magazine called The Crusader. As the leader of the ABB, Briggs called for “control by African American workers of the means of production which employed them, whether in industry or in agriculture.” He also became a leading exponent of separatism, calling for “government of the Negro people, for the Negro people and by the Negro people.”

By the mid-1920s, the ABB began to lose influence and Briggs lived out the remainder of his life in relative obscurity.