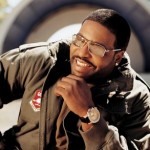 Levert died November 10, 2006 and the album “In My Songs” was released the following year. Also in 2007, Levert’s book “I Got Your Back: A Father and Son Keep It Real About Love, Fatherhood, Family, and Friendship” was published. Levert was nominated for four Grammy Awards and in 2008 won for Best Traditional R&B Performance for “In My Songs.”