By Chimsima Zuhri on November 23, 2010 in African American History, November 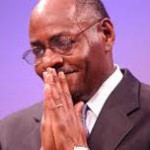 Boyd was born October 3, 1950 in St. Louis, Missouri. He won a scholarship to the University of Missouri-Columbia and after graduating in 1973 joined the St. Louis Post-Dispatch where he worked as a reporter and White House correspondent until 1983.

In 1983, Boyd joined the New York Times as a national political reporter. He rose through the ranks to managing editor in 2001, the first African American in the newspaper’s history to hold such a senior position. As managing editor, he oversaw 1,200 reporters and editors.

Under his leadership, the newspaper won three Pulitzer Prizes. Boyd resigned from the newspaper in 2003 and worked as a consultant until his death. His biography, “My Times in Black and White: Race and Power at the New York Times,” was published in 2010.