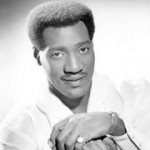 Redding grew up in Macon, Georgia where he sang in the church choir and won the local talent show 15 weeks in a row. In 1960, Redding began to tour the South and in 1962 recorded “These Arms of Mine”, which he had written.

In 1993, the United States Postal Service issued a commemorative postage stamp in his honor. In 1994, he was inducted into the Songwriters Hall of Fame and in 1999 he was posthumously awarded a Grammy Lifetime Achievement Award.