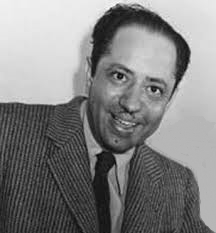 Rene was born October 2, 1898 in New Orleans, Louisiana. With his younger brother Leon, in the 1930s they founded Exclusive Records and Excelsior Records, becoming the leading producers of recording artists such as Nat King Cole, Johnny Otis, and Joe Liggins and His Honeydippers.

They also owned publishing companies Leon Rene Publications and Recordo Music Publishers. One of their best known songs was “When The Swallows Come Back to Capistrano,” made popular by the Ink Spots in the 1940s and Pat Boone in the 1950s.