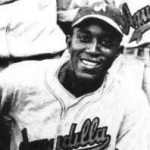 During World War II, Day served in the United States Army. Day retired from baseball in 1955 and was inducted into the Baseball Hall of Fame in 1995.