By Chimsima Zuhri on May 6, 2011 in African American History, May, Music 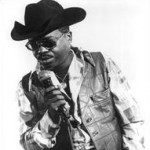 Blackwell was born February 16, 1932 in Brooklyn, New York and learned to play the piano as a child. In 1952, Blackwell won a talent contest at the Apollo Theater, but his real love was songwriting. In 1956, he had his first success, composing “Fever,” which was recorded by Little Willie John.

Blackwell went on to become one of the leading African American figures of early rock and roll, writing million-selling songs for Elvis Presley, Jerry Lee Lewis, Dee Clark, and others. Over his career, Blackwell composed more than a thousand songs, garnering worldwide sales of close to 200 million records. Two of his songs, “Don’t Be Cruel” by Elvis Presley and “Great Balls of Fire” by Jerry Lee Lewis, have been inducted into the Grammy Hall of Fame as recordings of “qualitative or historical significance.”

In 1991, Blackwell was inducted into the National Academy of Popular Music’s Songwriters Hall of Fame and in 1994 he received the Pioneer Award from the Rhythm and Blues Foundation.