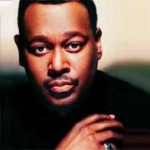 Vandross was born April 20, 1951 in New York City. He began playing the piano at the age of three and was performing with groups in high school. He attended Western Michigan University for a year before dropping out to pursue a music career. During the 1970s and early 1980s, Vandross primarily provided backup vocals for others and wrote and sang commercial jingles.

In 2003, Vandross released “Dance with My Father” which won four Grammy Awards, including the award for Song of the Year. During his career, Vandross sold over 25 million albums and won eight Grammy Awards. His biography, “Luther: The Life and Longing of Luther Vandross,” was published in 2004.