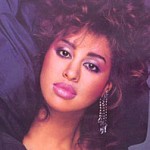 Hyman was born July 6, 1949 in Philadelphia, Pennsylvania. In her early 20s, Hyman moved to New York City and began performing with a number of musical groups. In 1974, she appeared in the movie “Lenny.” In 1976, she appeared on Norman Conner’s album “You Are My Starship” and the duo scored on the R&B charts with “Betcha by Golly Wow!” Hyman released her first solo album, “Phyllis Hyman,” in 1977.

In 1981, Hyman debuted in the Broadway musical “Sophisticate Ladies.” She performed the role for two years and received a Tony Award nomination for Best Supporting Actress in a Musical. Other albums released during her lifetime include “Somewhere in My Lifetime” (1978), “Living All Alone” (1985), and “Prime of My Life” (1991).