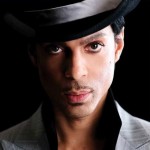 Prince’s first album, “For You,” was released in 1978. He composed, produced, arranged, and played all 27 instruments on the recording. In 1979, he had his first major hit album, “Prince,” which contained the single “I Wanna Be Your Lover,” which sold over a million copies. In 1984, he released “Purple Rain” which sold more than 13 million copies in the United States and spent 24 consecutive weeks at number one on the Billboard 200 chart. The film of the same name won an Academy Award for Best Original Song Score.

It is reported that Prince has written more than one thousand songs. Prince was inducted into the Rock and Roll Hall of Fame in 2004. Several books have been published about Prince, including “Purple Reign: The Artist Formerly Known as Prince” (1998) and “Prince: Life & Times” (2008).