By Chimsima Zuhri on June 7, 2011 in African American History, June 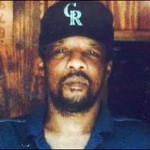 June 7, 1998 James Byrd, Jr. was murdered in Jasper, Texas when three men hooked him to a pickup truck and dragged him about three miles along the pavement.

While being dragged, his arm and head were cut off. The murderers unchained his torso and left it on the road in front of the town’s black cemetery. The three murderers were convicted with two of them receiving the death penalty and the other sentenced to life in prison.

Byrd’s “lynching by dragging” resulted in the passage of a Texas hate crimes law and the federal Matthew Shepard and James Byrd, Jr. Hate Crimes Prevention Act signed into law by President Barack Obama in 2009. In 2003, a movie about the crime, “Jasper, Texas,” was aired on Showtime.