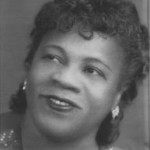 Dawson was born February 14, 1894 in Meridian, North Carolina but raised in Pittsburgh, Pennsylvania. She graduated from the New England Conservatory with degrees in piano and voice in 1925 and did additional training at the Chicago Musical College. In 1927, she opened the Cardwell Dawson School of Music and over the next 14 years trained hundreds of African Americans to sing operatically.

By 1939, the Cardwell Dawson Choir was nationally recognized. From 1939 to 1941, Dawson served as president of the National Association of Negro Musicians. In 1941, she launched the National Negro Opera Company which over the next 21 years performed all over the country.