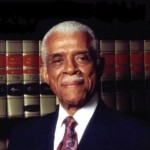 Hayes was born July 1, 1894 in Richmond, Virginia. He earned his bachelor’s degree from Brown University in 1915 and earned his law degree from Howard University School of Law in 1918. While at Howard, he attained one of the highest academic averages on record there.

As a member of the District of Columbia Board of Education from 1945 to 1949, Hayes worked to desegregate the public schools in the capitol. He was the lead attorney in the 1954 Supreme Court case, Bolling v. Sharpe, in which the court decided that the Due Process Clause of the Fifth Amendment implicitly forbade most racial discrimination by the federal government.