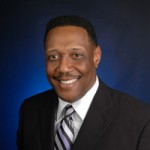 Hayes earned his Bachelor of Science degree in history in 1973 and his law degree in 1977 from Indiana University. While in law school, he held jobs at the Equal Employment Opportunity Commission and the Legal Services Organization.

After earning his law degree, Hayes went into private practice. During this time he became involved with the local NAACP chapter and in 1981 was appointed chairman of the branch’s Legal Redress Committee. In 1985, Hayes was appointed assistant general counsel of the national organization and in 1990 he was appointed general counsel. As general counsel, Hayes oversees legal proceedings in voting, housing, employment, and education discrimination and segregation. In 1994 for one month and in 2004 for nine months, Hayes has served as interim Chief Executive Officer of the organization during the search for a new CEO.