By Chimsima Zuhri on July 14, 2011 in African American History, July 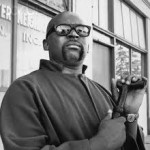 Karenga was active in the Black Power movement of the 1960s and 1970s and was imprisoned from 1971 to 1975. Karenga has authored several books, including “Kwanzaa: A Celebration of Family, Community and Culture” (1998) and “Introduction to Black Studies” (2002). Karenga is currently professor of Africana Studies at California State College.