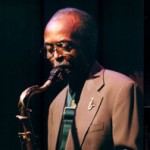 In 1948, at the age of 21, Heath performed in the First International Jazz Festival in Paris. He has performed with nearly all the jazz greats of the last 50 years, including Dizzy Gillespie, Miles Davis, Milt Jackson, and Wynton Marsailes.

Hearth has appeared on more than 100 recordings, including 12 as leader. He has also written more than 125 compositions. He premiered his first symphonic work, “Three Ears,” in 1988. In the 1980s, Heath joined the faculty of the Aaron Copland School of Music at Queens College where he taught for 20 years. In 2003, he was designated a NEA Jazz Master, the highest honor in jazz, by the National Endowment for the Arts and in 2004 he was awarded an honorary Doctorate of Humane Letters by City University of New York.