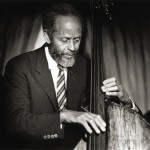 Heath was born April 30, 1923 in Wilmington, North Carolina but raised in Philadelphia, Pennsylvania. He started playing the violin and singing at the age of eight. Heath was drafted into the United States Army in 1944 and became a member of the Tuskegee Airmen. After World War II ended, he enrolled in the Granoff School of Music and began playing the bass.

After moving to New York City in the late 1940s, Heath played in bands led by Dizzy Gillespie. In 1951, he joined the Milt Jackson Quartet which the next year became the Modern Jazz Quartet. For the next four decades, he played with the group. In 2002, Heath was designated a NEA Jazz Master by the National Endowment for the Arts, the highest honor in jazz. In 2003, he released his first and only album as a leader, “A Love Song.”