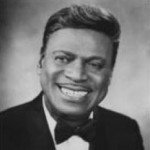 Hines was born December 28, 1903 in Duquesne, Pennsylvania. As a youth, he took classical piano lessons and played the organ at the local Baptist church. At the age of 17, he left home to take a job playing in a Pittsburgh nightclub. In 1923, Hines made his first recordings and in 1925 he moved to Chicago. In 1927, he began to direct Louis Armstrong’s band and together they recorded what are often regarded as some of the most important jazz records ever made, including their 1928 duet “Weatherbird.”

In 1928, Hines began leading his own band and for the next eleven years they were “The Band” in The Grand Terrace Café which was controlled by Al Capone. Hines was considered Capone’s “Mr. Piano Man.” Hines led his big band until 1948.

In 1960, Hines retired to Oakland, California and opened a tobacco shop. In 1964, he was rediscovered and in 1965 he was inducted into the Down Beat Jazz Hall of Fame. From then until his death, he recorded a series of well-received albums, including “West Side Story” (1974) and “The Father of Modern Jazz Piano” (1977). On his tombstone is the inscription “Piano Man.”