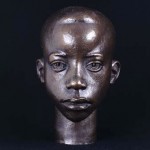 In the early 1930s, Artis studied sculpture and pottery at the Augusta Savage Studios.

In 1933, he was part of the Harmon Foundation exhibition where he received the John Hope Prize which led to a scholarship at the Art Students League. In 1959, he earned his Bachelor of Fine Arts degree and in 1951 his Masters of Fine Arts degree from Syracuse University. From 1956 to 1966, Artis was professor of ceramics at Nebraska Teachers College after which he was professor of art at Mankato State College until 1975.

Artis died in 1977 and his work can be found at Atlanta University, the Whitney Museum, Hampton University, and the North Carolina Museum of Art.