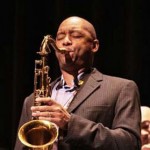 In 1980, while still a Berklee College of Music student, Marsalis toured Europe playing saxophone in a large ensemble led by drummer Art Blakey. In 1981, he joined his brother Wynton in Blakey’s Jazz Messengers. His primary focus since 1996 has been on his own quartet, classical performance, and education.

The Branford Marsalis Quartet has toured and recorded extensively. They received Grammy Awards for Best Jazz Instrumental Album, Individual or Group in 1992 for “I Heard You Twice the First Time” and in 2001 for “Contemporary Jazz.” Marsalis has also become involved in education at the university level with appointments at Michigan State University, San Francisco State University, and North Carolina Central University.

After Hurricane Katrina devastated New Orleans in 2005, Marsalis and Harry Connick, Jr. created the concept of a musician’s village in the Upper Ninth Ward, with the Ellis Marsalis Center for Music as the village’s centerpiece. This project has provided dozens of musicians of modest means with the opportunity to own decent, affordable housing.

Marsalis was nominated for a 2010 Tony Award for Best Original Score (Music and/or Lyrics) Written for the Theater for the Broadway play “Fences.”