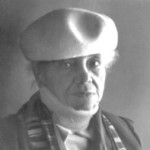 Hedgeman was born July 5, 1899 in Marshalltown, Iowa. In 1918, she enrolled at Hamline University in St. Paul, Minnesota, becoming their first African American student, and earned her Bachelor of Arts degree in English in 1922.

For two years, she taught English and history at Rust College in Mississippi where she experienced the humiliation of segregation for the first time. Hedgeman then worked for the YWCA as executive director in Ohio, New Jersey, Harlem, Philadelphia, and Brooklyn. In 1954, she became the first African American woman to hold a mayoral cabinet position in New York City history. In later years, she owned Hedgeman Consultant Services and served as lecturer and consultant to numerous educational centers, boards, and colleges and universities, particularly in the area of African American studies. Hedgeman also authored “The Trumpet Sounds” (1964) and “The Gift of Chaos” (1977).