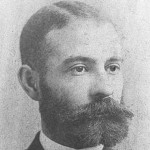 Williams graduated from Chicago Medical College (now Northwestern University Medical School) in 1883. In 1891, he founded Provident Hospital, the first integrated hospital in the United States, and training school for nurses in Chicago, Illinois.

In 1893, Williams performed an operation on a man that had been stabbed in the chest. The operation required that he open the man’s chest, and close the wound around the heart. This is often noted as the first successful surgery on the heart. In 1895, he co-founded the National Medical Association for black doctors. In 1913, he became a charter member, and the only black member, in the American College of Surgeons.