By Chimsima Zuhri on November 24, 2010 in African American History, November 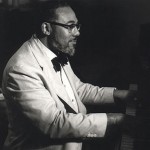 In 1953, his opera “Blood Wedding” premiered. Smith taught at C. W. Post College from 1958 to 1970 and later taught at the University of Connecticut. His awards include the first composition prize of BMI Student Composer Awards in 1952, the Cleveland Arts Prize in 1973, and membership in the American Academy of Arts and Letters in 1988.