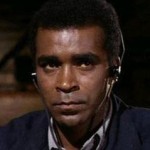 Morris was born September 27, 1933 in Cleveland, Ohio. He began his acting career in the early 1960s with guest appearances on television shows such as “The Twilight Zone” and “Ben Casey.” In September, 1966, he was cast in his most memorable role as the electronics expert in “Mission Impossible.”

After that series was cancelled in March, 1973, Morris continued to appear in movies and make guest television appearances until he was cast in the television series “Vega$” in 1978. That series aired until 1981.