By Chimsima Zuhri on May 4, 2011 in African American History, May, Music 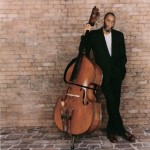 May 4, 1937 Ron Carter, jazz double-bassist, cellist, and composer, was born in Ferndale, Michigan.

Carter started to play the cello at the age of 10 and later moved to the bass. He earned his bachelor’s degree from the Eastman School of Music in 1959 and a master’s degree in double bass performance from the Manhattan School of Music in 1961. Carter made his recording debut in 1960 and from 1963 to 1968 played with the Miles Davis quintet, appearing on the albums “Seven Steps to Heaven” (1963) and “E.S.P.” (1965) which featured three Carter compositions.

Carter also performed With Herbie Hancock, Wayne Shorter, McCoy Tyner, and other jazz luminaries. During the 1970s, Carter was a member of the New York Jazz Quartet. Carter has also led on many recordings, including “Out Front” (1966), “Peg Leg” (1978), “So What” (1998), and “Dear Miles” (2007). Carter has appeared on more than 2,500 albums, making him one of the most recorded bassists in jazz history.

In 1998, Carter was designated a NEA Jazz Master by the National Endowment for the Arts, the highest honor the United States bestows on a jazz musician. Carter taught at the City College of New York for 20 years and was Distinguished Professor Emeritus of the Music Department. He has also worked with The Jazz Foundation of America since its inception to save the homes and the lives of elderly jazz and blues musicians, including those affected by Hurricane Katrina.