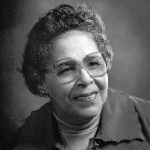 Earley was born December 5, 1918 in Kittrell, North Carolina. She earned her Bachelor of Arts degree in mathematics and physics from Wilberforce University in 1938 and enlisted in the WAAC in 1942.

She served as the commanding officer and battalion commander of the first battalion of African American women to serve overseas during World War II and rose to the rank of lieutenant colonel. After retiring from the army, Earley earned her Master of Arts degree in vocational psychology from Ohio State University in 1946 and taught at Tennessee A&I College and Georgia State College.