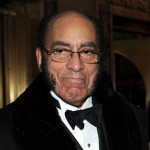 Graves earned his Bachelor of Arts degree in economics from Morgan State University in 1958 and from 1965 to 1968 served as an administrative assistant to Senator Robert F. Kennedy. In 1968, he started Earl G. Graves, Ltd. and in 1970 began publishing Black Enterprise magazine.

Today, the magazine has 500,000 paid subscribers and grosses $53 million. From 1990 to 1998, Graves served as chairman and CEO of Pepsi-Cola of Washington, D.C., L.P., the largest minority controlled Pepsi-Cola franchise in the United States. Graves serves on the boards of several corporations including Aetna, Federated Department Stores and Rohm and Haas. He is also a member of the Board of Trustees of Howard University. Graves donated $1 million to Morgan State’s School of Business and Management and they renamed it the Earl G. Graves School of Business and Management. Graves received the NAACP’s Spingarn Medal in 1999 and in 2007 he was inducted into the Junior Achievement U. S. Business Hall of Fame.