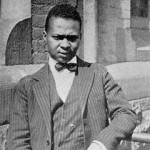 Cullen was born Countee LeRoy Porter on March 30, 1903 in Louisville, Kentucky. At a very young age, he won many poetry contests and often had his winning works published. He earned his Bachelor of Arts degree in 1925 from New York University and his Master of Arts degree in English and French from Harvard University in 1927.