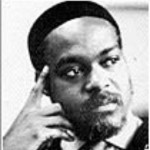 Shinhoster was born July 5, 1950 in Savannah, Georgia. He got involved in the NAACP’s Savannah branch youth council at a young age and was president of the council at 16. Shinhoster earned his bachelor’s degree in political science from Morehouse College in 1972 and later earned his Juris Doctor degree from Cleveland State University College of Law.

After returning to Atlanta, he took a staff position with the NAACP where he worked for the next 25 years, including serving as interim director of the organization from 1994 to 1995. During his brief tenure, $1 million in debt was eliminated and membership increased from 600,000 to nearly a million.