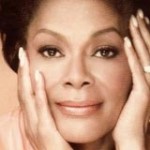 Warwick began singing gospel as a child and sang her first solo at the age of 6. In 1958, she and other members formed the Gospelaires which in their first performance together won the weekly amateur contest at the Apollo Theater. In 1962, Warwick’s first solo single was released, “Don’t Make Me Over,” which went to number 21 on the Billboard Hot 100 chart.

In 2002, Warwick was appointed United Nations Global Ambassador for the Food and Agricultural Organization and in 2003 she was inducted into the Rhythm and Blues Hall of Fame. The Dionne Warwick Institute of Economics and Entrepreneurship in East Orange is named in her honor.