By Chimsima Zuhri on March 20, 2011 in African American History, March 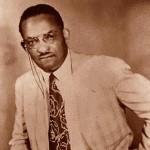 Sweet was born October 30, 1895 in Orlando, Florida. At the age of six, Sweet witnessed the lynching and burning of a neighbor who had been accused of raping a white girl. That memory would haunt him throughout his life. In 1920, Sweet earned his Bachelor of Science degree from Wilberforce University and from there he went to Howard University where he earned his medical accreditation. Sweet then moved to Detroit, Michigan where he could not find work at a hospital due to his race.

He was able to establish an office in “Black Bottom,” where overpopulation and an influx of migrants who lacked medical care caused diseases and created threats to life. Recognizing the need for further medical training, in 1923 Sweet moved to Vienna and Paris to study. In Paris, he was able to experience life without prejudice and for the first time was treated as an equal to whites. In 1924, Sweet returned to Detroit and started work at Dunbar Hospital, Detroit’s first black hospital.

In 1925, Sweet bought a house in an all-white neighborhood of Detroit. On the second day after the Sweets had moved in, a crowd of whites gathered outside the house and began to throw stones at the house. Several of Sweet’s friends and relatives were in the house and armed. Shots were fired from the house and one white man was killed. All eleven African Americans in the house were arrested. After two trials, Sweet and the others were acquitted of murder charges by an all-white jury. After the acquittal, Sweet’s life went downhill due to the death of his daughter and wife and financial difficulties.

The Ossian H. Sweet House in Detroit is a registered historical site. “Arc of Justice: A Saga of Race, Civil Rights, and Murder in the Jazz Age” (2004), tells the story of Ossian H. Sweet and his battle for equality.